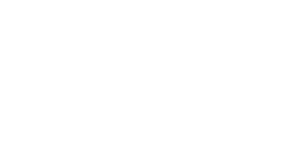 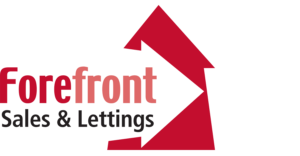 The lettings sector is highly regulated and it can be hard to keep up with all the new introductions and amendments. Although we have summarised three forthcoming items of note, we pride ourselves on pre-empting what new legislation is coming, informing landlords of their new responsibilities and implementing change, where applicable, to ensure all our lets are legally compliant and tenants are protected.

Prepare for pets in buy-to-lets

You may be aware of The Dogs and Domestic Animals (Accommodation and Protection) Bill, which is sponsored by animal-loving MP Andrew Rosindell. In his initial parliamentary address, the MP acknowledged the comfort and companionship pets bring, leading to his desire for legislation that would stop landlords automatically refusing renters just because they were pet owners.

The Dogs and Domestic Animals (Accommodation and Protection) Bill is moving through the process of becoming law. The Bill had its first reading (and was passed) in October 2020, with the second reading scheduled in the House of Commons on 26th February 2021. If given Royal Assent in the Queen’s Speech, the Bill may force landlords – and letting agents working on their behalf – to remove ‘no pet’ clauses from their tenancy agreements.

It’s worth noting that the Government is already showing support for this Bill. On the 28th January 2021, its Model Tenancy Agreement – a suggested and not mandatory document – was changed in favour of tenants with pets. It now states that ‘consent for pets will be the default position and landlords will have to object in writing within 28 days of a written pet request from a tenant and provide a good reason.’

One Bill that has progressed past the Queen’s Speech stage is the Renters Reform Bill. This has been in motion since 2019 and seeks to ban so-called ‘no fault’ Section 21 evictions and also paves the way for ‘lifetime’ deposits that follow a tenant around and replace a cash deposit for each different property rented.

Delays have plagued the introduction of the Bill and despite a comment from the Junior Housing Minister in January 2021 that there would be change ‘very soon’, a comment from current Housing Minister Chris Pincher in February 2021 suggested the current climate will delay the Bill’s passing into law even further. We are here to advise landlords on all matters of repossession, including the temporary bans and timescales that have been introduced as a result of the pandemic.

What the Government did manage to introduce were mandatory electrical safety inspections for private landlords, passed in January 2020. This coming spring is when the private rental sector will feel the full effects of the legislation.

As of 1st April 2021, all tenanted properties – including those that are new to the market, those with renewing tenancies, those with tenants in situ and Houses in Multiple Occupation (HMOs) – will be governed by The Electrical Safety Standards in the Private Rented Sector (England) Regulations 2020. Of imminent importance for landlords is the ruling that stipulates that the first electrical inspection for existing tenancies is carried out by 1st April 2021 and every five years for all tenancies, unless a report from an inspection or test specifies sooner.

There is also a prescribed protocol for landlords to follow once an inspection has been made, which we are happy to explain to landlords. We can also talk over what will happen during an inspection and the electrical tests so landlords can prepare in advance for the best chance of passing.

July provided the experts at Zoopla with the perfect opportunity to evaluate how the last two years have affected the UK property market. Its headline statistic – pandemic housing boom creates 270,000 property millionaires – won’t apply to the majority of homeowners but the rest of its analysis will.

Painting the front of your house: is it worth it?

We use the expression ‘first impressions count’ for good reason and potential buyers faced with an exterior that’s cracked, flaking and grubby will make quick assumptions about your property.

Is now the time to become a limited company landlord?

Being a landlord is about running a profitable investment, but for some, it is becoming harder to protect margins and generate a meaningful income. Now is a good time to examine your landlord status  – is it best to be a private operator or a limited company?

We use cookies to improve your experience on our site and to personalise the content, provide social media features and to analyse how our site is used.